“[Dr Schmauk] ranks as one of the ablest and most consistent defenders of the Lutheran faith. His catholicity of spirit enabled him to put himself in the place of his opponent and see things from the latter’s point of view…And yet he never swerved from the strong conservative position he always took by making weak or compromising concessions.

Dr. Knubel of The Lutheran writes:

“There is no man in our Church whose Christian consecration has been more evident, whose deep loyalty to the Church has been stronger, whose full participation in her thought and activity has been wider, whose counsel has been more constantly sought and given, whose influence has been more powerful and helpful than that of Dr. Schmauk.”

“I have just finished a rapid examination of your book. I wanted to form an impression of it as a whole, before entering into the closer examination of details. It has held me fast all day, except when in church, and for two brief breathing spells. I have read enough to lead me without waiting longer to express my intense delight and most sincere gratitude. You have produced an epoch-making book. Not only will it live, but its influence may be more far-reaching than anything that has as yet appeared in the English language within our Church. You have not left the least shred of an argument against the Confessional position unanswered.” – Henry Eyster Jacobs

Dr. Schmauk on the Lutheran Understanding of Salvation

“Our salvation is not by tumultuous feeling, and therefore we are against emotionalism which makes light of facts and history and centers all on passing currents in the soul.

“Our trust is not in salvation by meditation, and therefore we are against mysticism which raises the soul to God by an inner and poetic sight.

These are extremes and one-sided. From them spring Swedenborgianism, spiritualism. Christian Science, theosophy, occultism, and many of the superficial religions of the moment.

In the law and the prophets, in the Gospels and Epistles, we find one mighty principle, the man who can stand before God and live, the man who is counted just in His sight, so to say the good man, is so by faith only. He is saved by his confidence in that which he finds in the written Word of God, by his trust in the blood of Jesus Christ which cleanseth us from all sin. – Theodore Schmauk

Contents of the Book 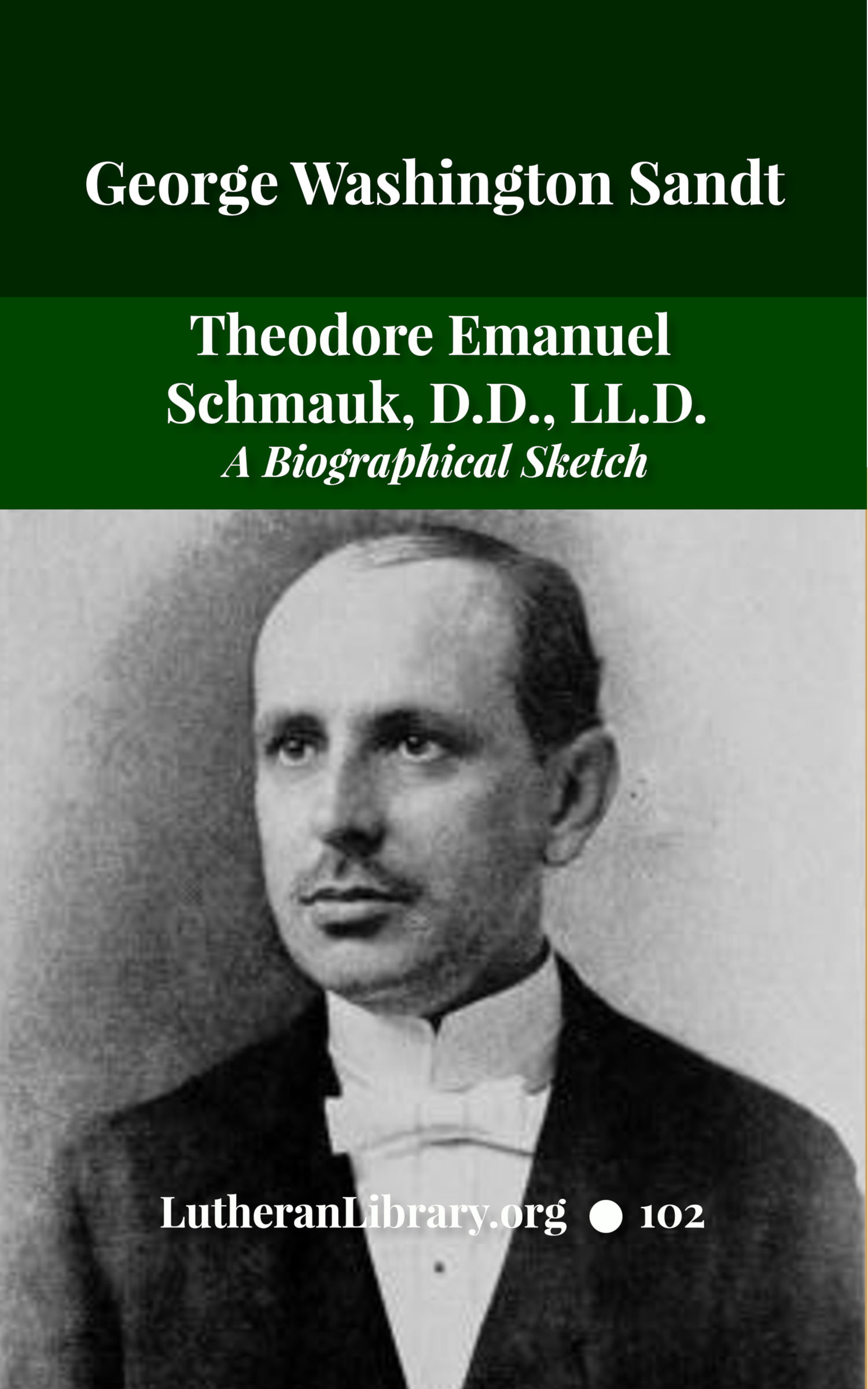