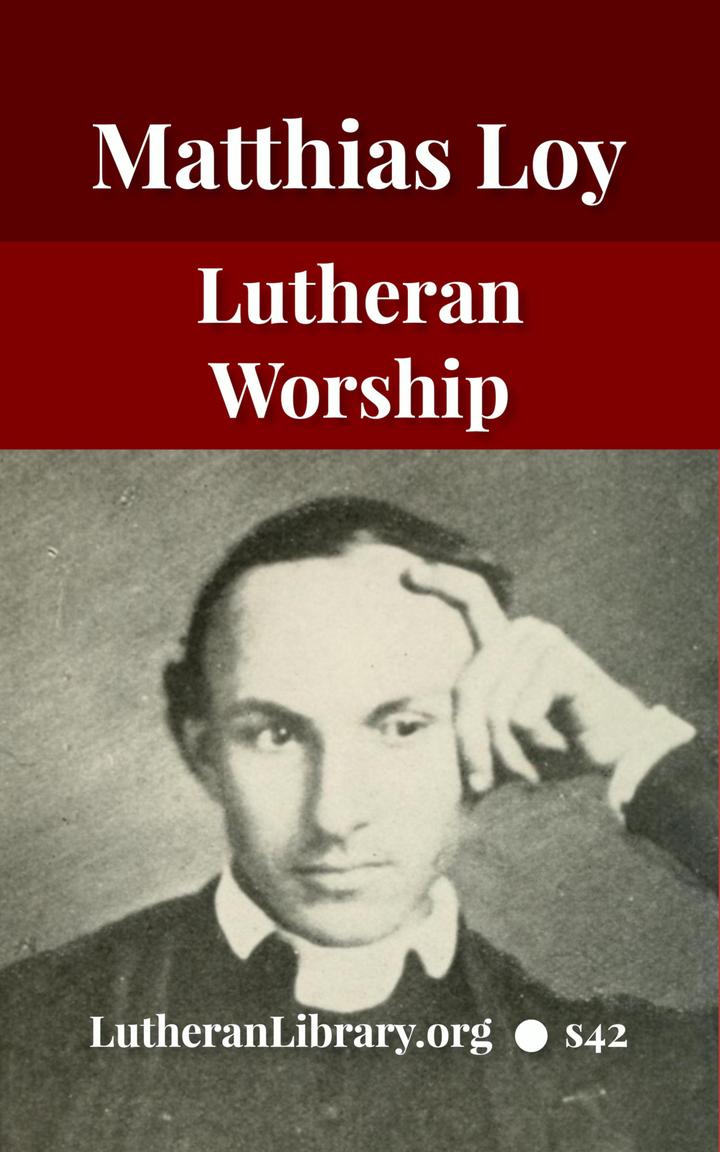 “The forms and order of public worship, are not, in every sense, adiaphora (things indifferent). No one, beyond the Romish pale, presumes that they are absolutely necessary to salvation, as they exist at any particular period… Still, we cannot look upon it as altogether immaterial what form of worship the Church possesses… The life and spirit of the Church must ever stamp itself upon the forms and order of her public worship, and make the latter a general confession of her faith.

The formal principle of the Reformation, that the Bible is the only rule and norm of faith and practice, was not received by those churches altogether without endangering the material principle. To them the Bible was rather a new starting point, from which the Church and all her appurtenances must be developed anew. What she already was and had was of little consequence. They thought it not sufficient to sift and try the old possessions by the Bible; from it rather new ones must be drawn for the occasion. Their cultus [public worship] showed and shows the effects of this.

Nothing was left of the church-edifices but the blank walls, devoid of all ornament — mere lecture-rooms in the most simple style of architecture. There could be no enthusiasm for the “frozen music” and “petrified religion” of the ancient domes. Among them no architect was raised up to sing a psalm to God of which a Freibourg cathedral should come. Altars became mere tables in the plainest dining room style. The ministerial dress must be abandoned as preserving a merely superstitious awe. The baptismal laver was not convenient, besides reminding too much of certain superstitions connected with it. The organ’s deep swell and soul-stirring peals of beauty and majesty must be hushed. Bells must cease their mystic sound. Statues, paintings, crucifixes and crosses must vanish. Bowing at Jesus' name, folding the hands in prayer, making the sign of the cross, and all such symbols, must disappear as unnecessary childish ceremony and form.

Music, in general, is respected but little. Even poetry is a field left fallow, the psalms serving all their purposes. What they have in this domain is undoubtedly borrowed or, at least, learned from the Lutherans. All this is accounted for by the principle mentioned above: those things are not commanded — they cannot be produced immediately from the Bible.