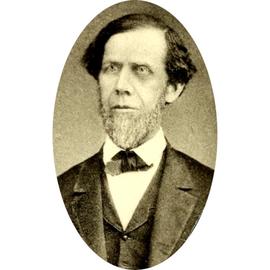 Dr. Theophilus Stork (1814-1874) graduated from Pennsylvania College and the Lutheran Seminary at Gettysburg, and served pastorates in Winchester, VA and at St. Matthew’s Church, Philadelphia. He was influential in the promotion of the East Pennsylvania Synod, and organized St. Mark’s Church in Philadelphia. He served as first president of Newberry College, then pastored St. Mark’s Church in Baltimore. At the end of the Civil War Dr. Stork organized St. Andrew’s Church in Philadelphia which became the Church of the Messiah. “He was a scholar of fine literary taste, an elegant writer, and an eloquent preacher. At various times he was editor of the Home Journal, of the Lutheran Home Monthly; and joint editor of the Lutheran Observer” (source: McClintock and Strong Biblical Cyclopedia )