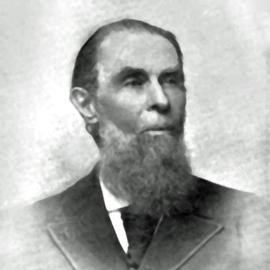 Rev. Henry Ziegler (1816-1898) was admitted to membership in the Lutheran Church at 19 years of age… He was graduated at Pennsylvania College in 1841 and was ordained in 1846. His first ministerial field was Selin’s Gove. Subsequently he served the congregations at Williamsport, Salona, Lock Haven, and numerous other points.

Through the efforts of Dr. Ziegler and Rev. B. Kurtz, D.D. of Baltimore, the Susquehanna University was founded in 1858. The latter was chosen as superintendent and first theological professor and the former as second theological professor. Dr. Ziegler was regarded by scholars in and out of the church with greatest esteem, and his books published on theological subjects were widely sought after and studied. (From obituary notice.)