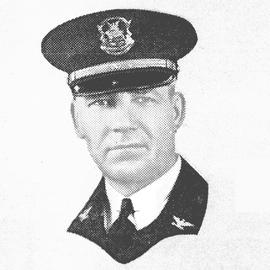 Dan E. L. Patch began his public service as a patrolman in the Police Department of the City of Highland Park. Within fifteen years, personal qualifications brought him through the various ranks to the position of Chief of Police. A quarter of a century of faithful service gave a feeling of joy and explicit confidence to all citizens who respected the law and who liked to see it administered without fear or favor. Professional competence was attested by the honor conferred by the Michigan Association of Chiefs of Police when he was made their President for the years 1941-42. In later years he served as Chief of Police of Ypsilanti, Michigan.

By J. McGill Reynar, Secretary of The Christian Business Men’s Committee of Detroit.