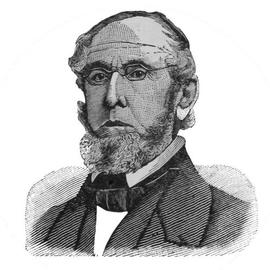 Charles Frederick Schaeffer (1807-1879) was a leader in the formation of the conservative and Confessional General Council of the Lutheran Church. His father and four of his brothers were Lutheran ministers. Charles was ordained in 1829 and served pastorates at Carlisle, PA, Hagerstown, MD, Lancaster, OH, Red Hook, NY, and Easton, PA. As professor he taught theology at Capitol University, Columbus, at the General Synod Seminary at Gettysburg, and finally at the General Council Seminary at Philadelphia, where he also was President.