The Inspiration and Accuracy of the Holy Scriptures by John Urquhart 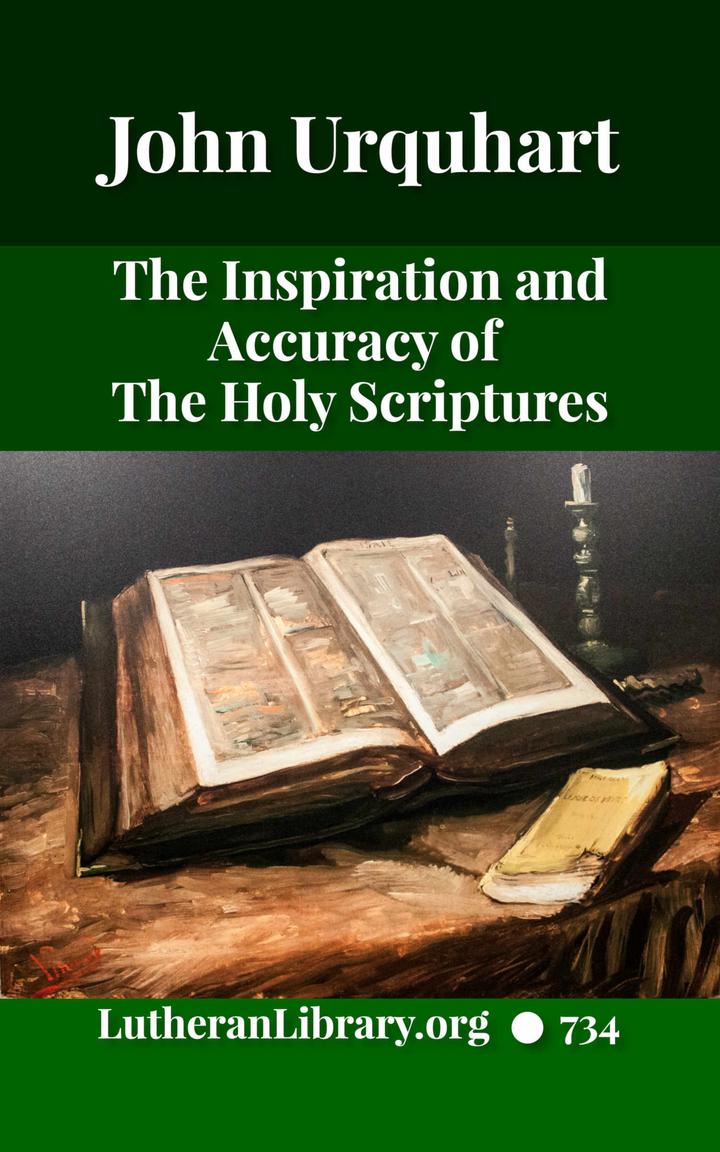 “Criticism has reached certain conclusions regarding various Books of Scripture. The older narratives are declared to be mere legends, and the history generally is described as tradition tinctured by the time when it was put into writing. Certain Books of the Old Testament are said to fall below even this low level. They are declared to be fictions, the soothing epithet ‘pious’ being generally added, the representation being that evil was done by the writers that good might come! All these conclusions are placed before the public as genuine scientific discoveries.”

“How did inspired men regard the words which they and others have handed on to us, and… how did our Lord receive them?… — John Urquhart, from the Preface. 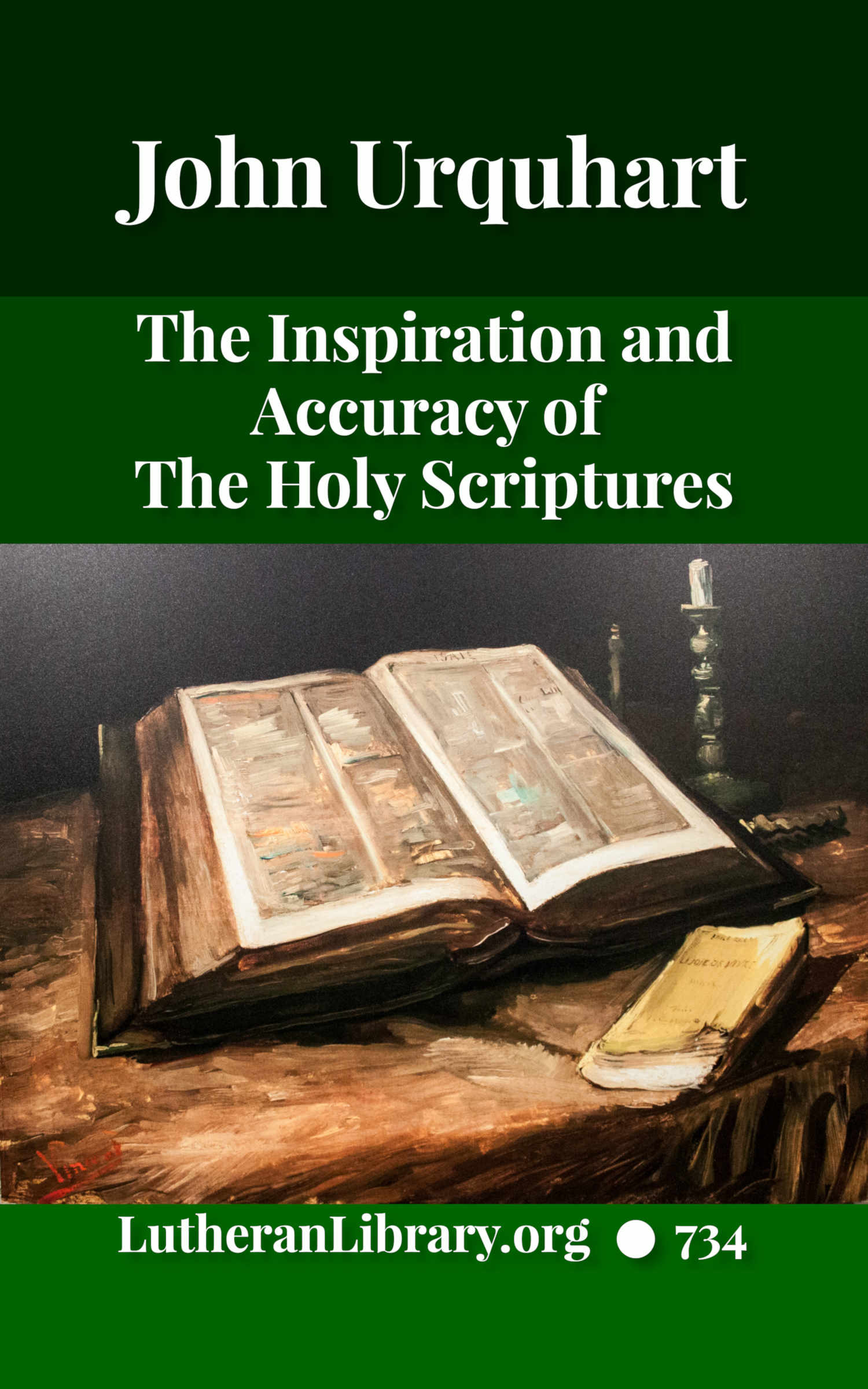 Print Copy: The Inspiration and Accuracy of the Holy Scriptures by John Urquhart - “Lutheran Librarian” edition