Out of the Labyrinth: The Conversion of a Roman Catholic Priest by Leo Lehmann 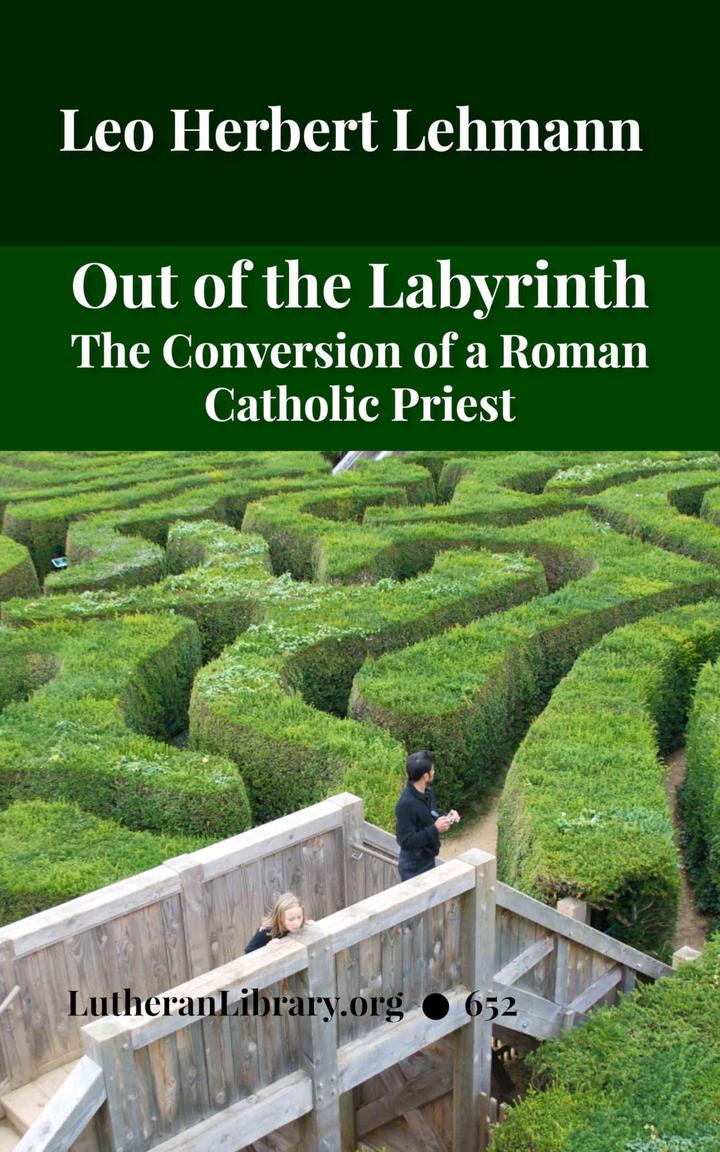 “Led by the Jesuits and their counter-Reformation, the Catholic Church has never ceased to try to destroy the enlightened order of religious freedom and democracy that has resulted from the revolt of the Christian people in the sixteenth century against the authoritarianism and corruption of the Church of Rome. For if the effects of the Reformation were carried to completion in all countries, not only would religious and civil dictatorship be crushed for ever, but the whole structure of the Roman Catholic Church as now constituted would be threatened with extinction.

“Every effort is made by Roman Catholic propagandists in America to discredit the Protestant Reformation and all that has flowed from it during the past four centuries. They insist that it was the greatest tragedy of human history, and trace all the ills of modern life to its influence.

“The shining of a bright light on a dark object shows up its true condition. In the same way, the actual doctrinal state of Roman Catholicism is fully seen only when justification of sinners through faith in the finished sacrifice of Christ is definitely and fully preached against the background of the errors of Roman Catholicism. For the main dividing line in the struggle of Roman Catholicism against Evangelical Christianity is drawn between their opposing views as to how the grace of salvation comes to the souls of men. It is upon this ground that the Jesuits have fought their Counter-Reformation — not only against Protestants, but also against those who have tried to reassert Evangelical teaching within the Roman Church itself after the example of the Protestant reformers of the sixteenth century.” — Leo Lehmann.

Propaganda and the Roman Catholic Church

“Modern methods of advertising and propaganda, to overcome spiritual sales resistance, were known and practiced by this Roman Catholic world-corporation long before American business copied and put them into use in our commercial world today. I do not think that any commercial business agent has been able to improve upon the efficiency of the propaganda methods of the Roman Catholic Church. The very word ‘propaganda’ was originally coined by the Roman Catholic Church for the special purpose of publicizing its doctrines and claims. The word has been plagiarized and made into a science today by business men and politicians…”

Print Copy: Out of the Labyrinth by Leo Lehmann - “Lutheran Librarian” edition