Behind the Dictators by Leo Lehmann 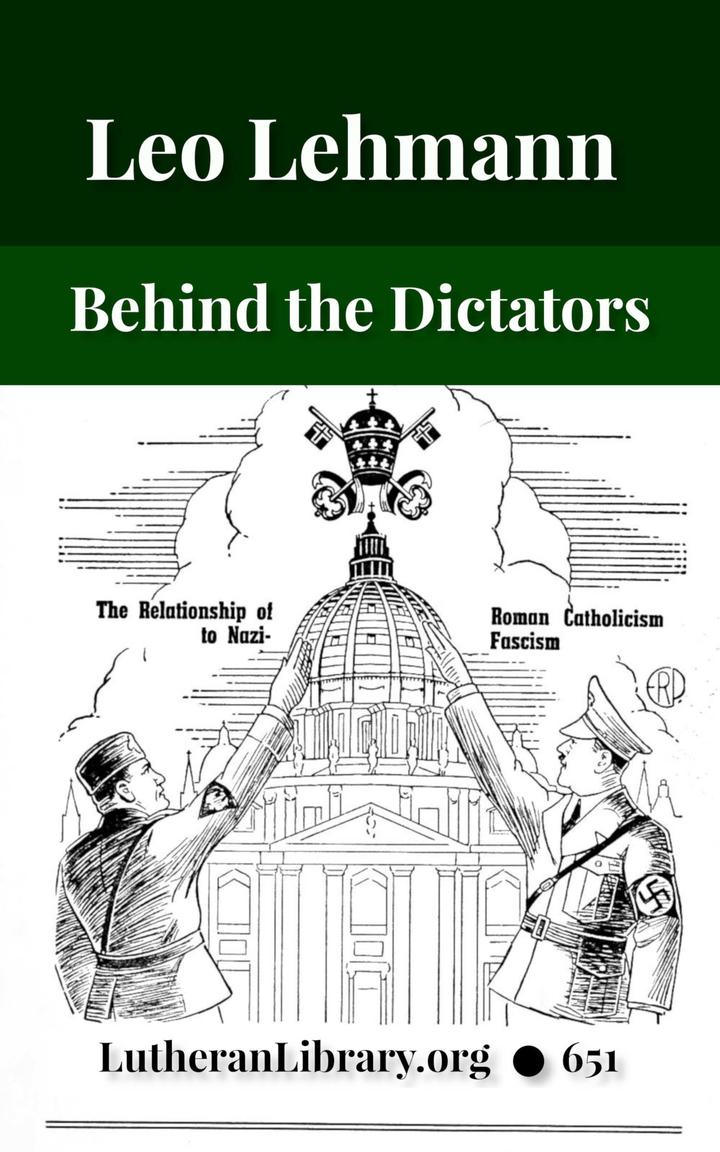 “What the Catholic Church is hoping and working for… is the reestablishment… of the ‘Real State,’ a rigid hierarchical system wherein inferiors are subject to superiors. In this system each individual, like a cell in a body, must humbly submit to his fate and occupy his “natural place” which is allotted to him from birth and have no desire to get away from it.

“This basis of social structure is not only anti-Jewish, but also anti-Protestant. It corresponds exactly to the system of the Jesuit Order itself as founded by Ignatius Loyola, the essential point of which consists in an hierarchical structure of ideas, and is characteristic of all Catholic political thought.” ­— Leo Lehmann

“The misconception that the corporative system is purely an economic matter, has blinded the American press and public to the real aim behind Catholicism’s advocacy of it. Corporatism is indeed the economic ingredient of Fascism. But it is also the essential element of Fascism, since the corporations make a parliament or congress unnecessary. For these corporations are the means through which the “Leader” exercises his dictatorial will. It was precisely because the Supreme Court judged that, by the NRA, Congress had abdicated its powers and was thus paving the way for Fascism, that it took vigorous action against it. The entire ideology of Fascism and Nazism — in social, economic, educational, religious and military matters — is contained in the corporative system. Corporatism is Fascism.

The Aryan Paragraph of the Jesuit Order

“The Jesuit Order has its ‘Aryan paragraph’ corresponding exactly to that of Hitlerism. Its Constitutions contain six impediments against reception into the Order, the first of which is Jewish descent up to the fourth generation. If Jewish descent is discovered after a candidate’s admission, it prevents his ‘radiation.’ This Aryan paragraph first appeared in the statutes of the Order in 1593, was confirmed in 1608 and is to be found in the latest official edition published in Florence in 1893. General councils of the order have many times proclaimed that Jewish descent must be considered as ‘an impurity, scandal, dishonor and infamy.’ Suarez, noted Jesuit theologian, also states that Jewish descent is an impurity of such indelible character that it is sufficient to prevent admission into the Order. 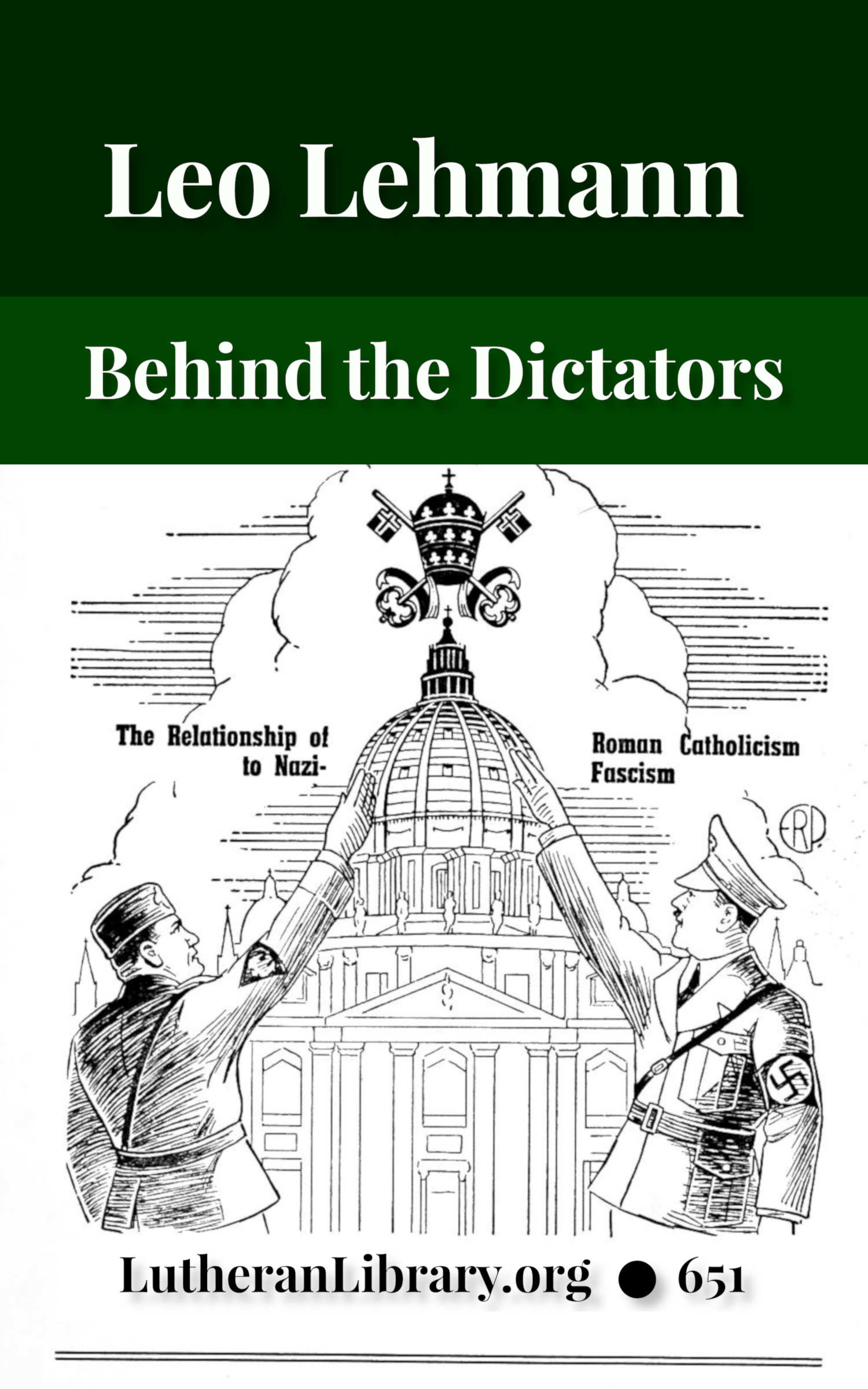