The Divine Programme of the World's History by Albert Close 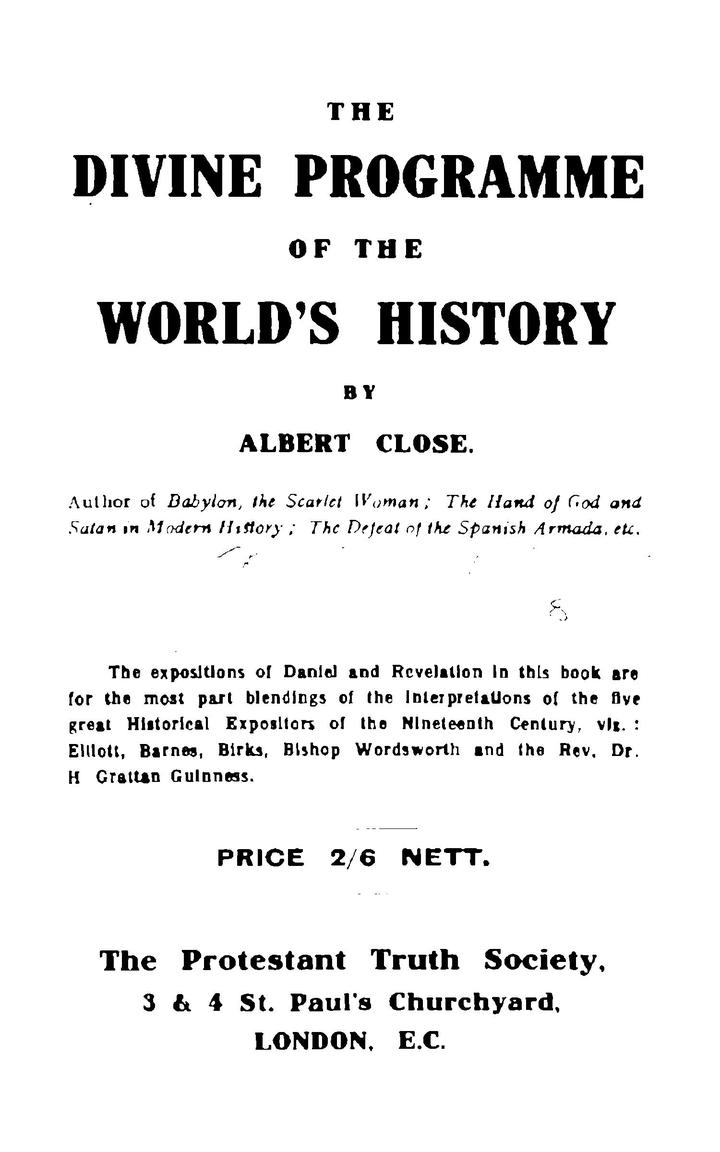 “This book is not a book of one man’s ideas. It is a compendium of the teaching and interpretations of the Prophetic Scriptures by some of the greatest, most learned and spiritually minded men the Christian Church has produced. These men, besides being great scholars, were men who knew the Holy Spirit as a living Teacher. Their writings breathe with the Holy Spirit in every page. They instinctively recognized the character and origin of the great Futurist and Preterist movements to change the interpretation of prophecy in the early Nineteenth Century, and uncompromisingly repudiated these two Jesuit systems… Since the beginning of the Twentieth Century their writings have been considered as out of date by modern theological scholars. Men would hear nothing about such gloomy subjects, so the Christian Church as a whole adopted the modern and popular doctrine of the ‘upward progress of the race.'”

“In the following pages the author has endeavored to set forth the true teaching of the Scriptures concerning the future of our world, as interpreted by these great men who have left their footprints on the sands of time. Their teaching agrees with that of God’s long line of great Christian leaders extending back to the days of Christ and the Apostles. The Holy Spirit certainly never sent the great leaders in the Reformation age to proclaim one interpretation of prophecy, and then in the Nineteenth and Twentieth Centuries another school of teachers to teach the modern interpretation, with all its fallacies about the upward progress of the race. It is this modern teaching that has failed, and not Christianity. This teaching came from Germany. it is part of the German evolutionary doctrine.” — Albert Close, from the Preface. 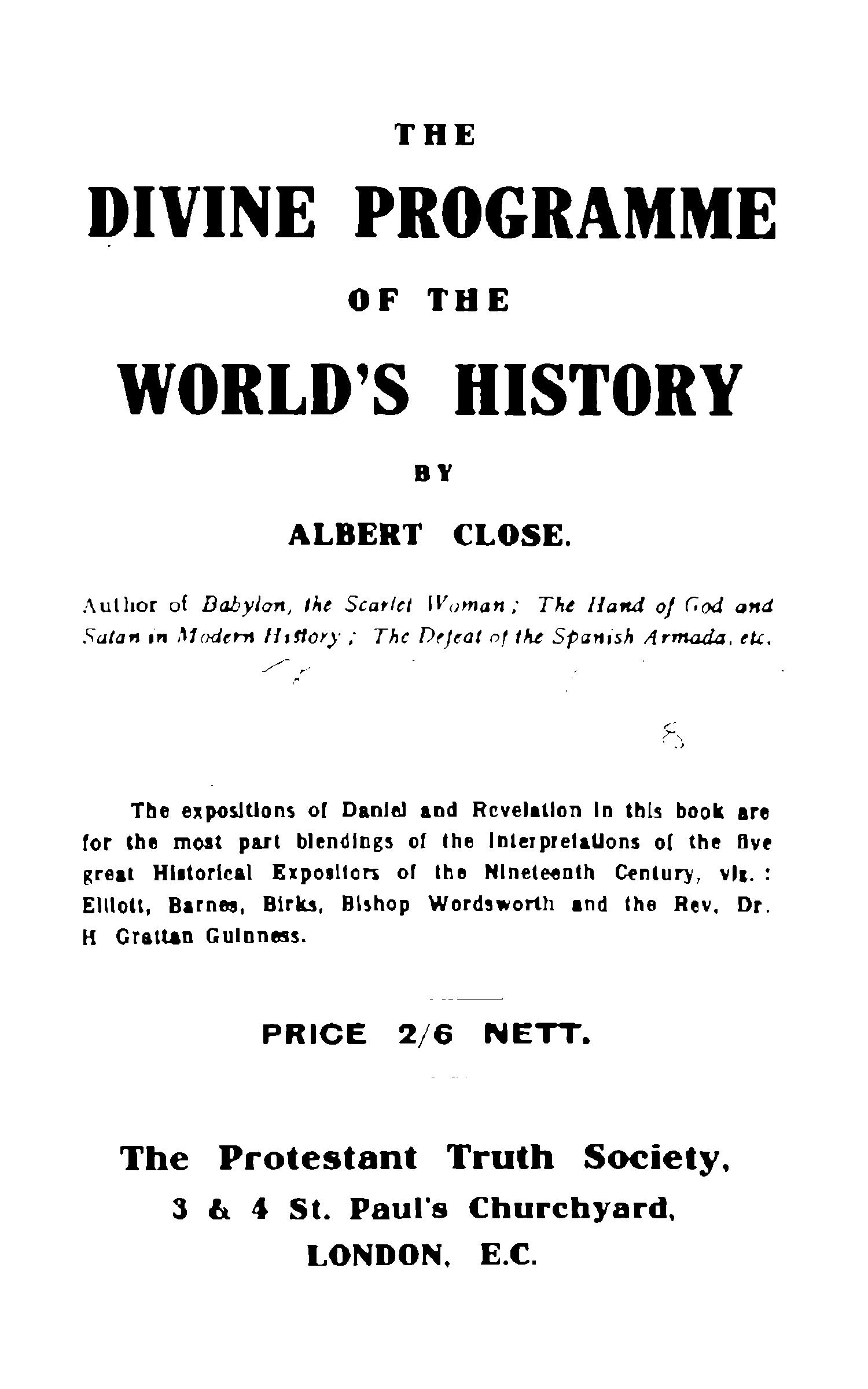