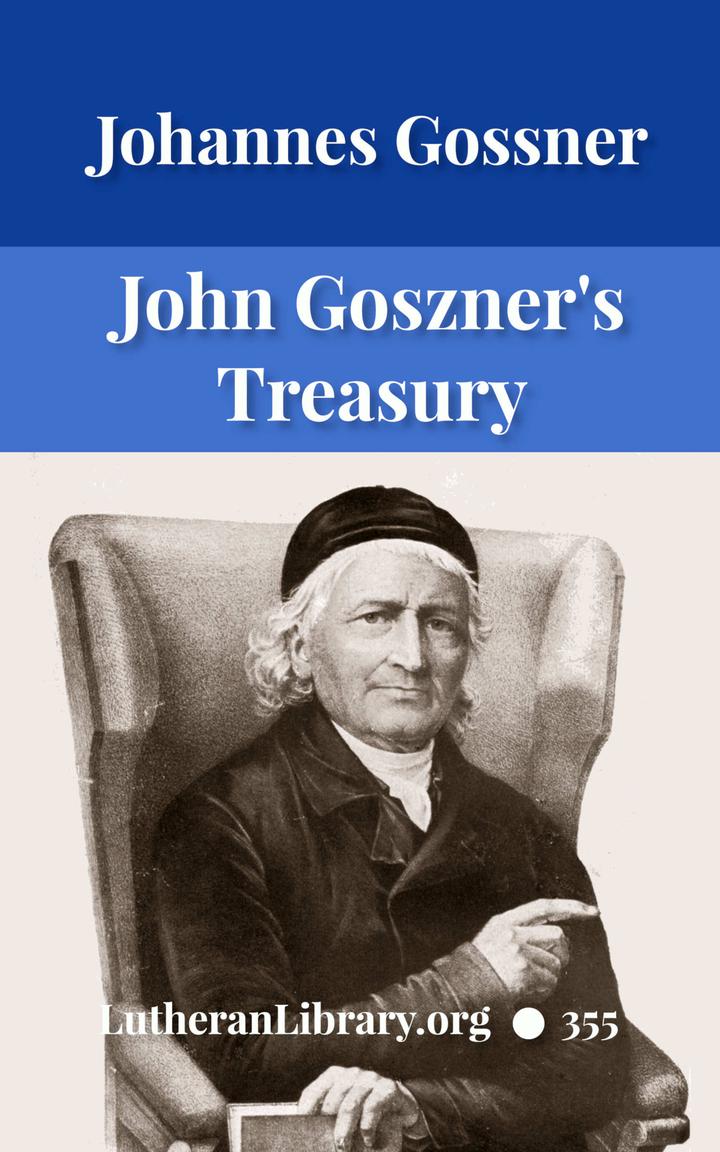 “There are many who would be saved, but they will not do that which is required in order to be saved, namely, to endure… and to walk in the grace vouchsafed to the end. They wish blessedness in Christ; but they also wish to be merry, or rich, or admired in this world. Hence they may believe in Christ; but withal they love the world, thinking that they can find some joy and blessedness in both. But they will lose both and be eternally wretched.”

“Perseverance is a blessing for which we must daily ask the Savior on our knees; for He only, who has called us unto salvation, can keep us and further us therein. Security, the false knowledge concerning the doctrine of grace without enduring therein, deceives many; they do not continue to live in Him who has called and awakened them. They return to their slumbers and dream that they still live, though they remain lying on the pillow of mere knowledge and twaddle; they do not continue in their first love. Awake, awake! Pray for this one thing, the holy fire of love, which burns forever, and is never extinguished. ‘He that endureth to the end shall be saved.’ Matt. 10:22.” — Johannes Gossner.

Johannes Gossner (1773-1858) studied at the University of Dillingen and the seminary at Ingolstadt. His reading of the Scriptures and his evangelical beliefs caused him to leave the Roman Catholic Church, where he had been a parish priest for 7 years. In 1829 he was appointed pastor at the Bethlehem Church in Berlin, where he served for 17 years, founding schools, asylums, and the Berlin Mission Society. [Schaff-Herzog Encyclopedia]

This book has meditations for every day of the year.

“Another bright spot of spiritual life was in Berlin during the ministry and intense foreign mission work of Johannes Evangelist Gossner (1773-1858). He had learned to know Christ as his personal Savior before he had left the Roman Catholic Church. He had also started prayer circles —until he was cast into prison. He came over to the Evangelical Lutheran Church at last and became pastor in Berlin. Old Pastor Janicke had begun a strict Lutheran mission school in Berlin some years earlier.

“Gossner arrived around 1831. He had revivals in his church. Some of his young converts felt the call to become missionaries, but were refused by the Mission Board, partly because of its ultra Lutheran rules, and partly because they were “too ignorant.” Gossner then broke away from these over-strict Lutherans and opened a practical Pietistic mission school of his own with twelve young men who indeed were born of the Spirit and had a mission call from the Spirit, but possessed very little of the wisdom of this world. But where were the means to send them? And where should they go? In England an open door was found both as to means and mission field. So in 1838 the first eleven layman missionaries started for New Guinea with only one ordained man with them. Others followed. Mr. Stuart, a well to do Englishman, paid their expenses.

:In all Gossner sent out 200 missionaries (including the wives). They were all lay people except fifteen who were ordained. It was a work of prayer and faith. It was said of Gossner: ‘His life was a life in faith. By faith he preached Jesus Christ and Him crucified when he yet was in the Catholic Church. By faith he laid down his ministry in the Roman Church rather than compromise with the truth. By faith he spread the Glad Tidings in Munich. By faith he went to St. Petersburg, Russia, and by faith he returned to Berlin. By faith he upheld one hundred missionaries, by faith he carried the burden of 20 mission stations, built a hospital and inscribed the name of Jesus on thousands of lives. By faith and by prayer was his teaching. And such a teacher is immortal.’

“It was the Gossner Society that sent out Skrefsrud and Borresen when the former was refused admittance to the mission school of Stavanger because he had been in prison. Gossner also wrote some books. The most noted is his Treasury, a brief devotional message for every day. This book is still widely read, and has been translated into many languages. He lived in the spirit of prayer and faith; now he lives in the spirit of endless praise.” From Innermission Church History by Peter Ljostveit, pp. 355-356, and submitted by a Lutheran Library reader. Thank you! 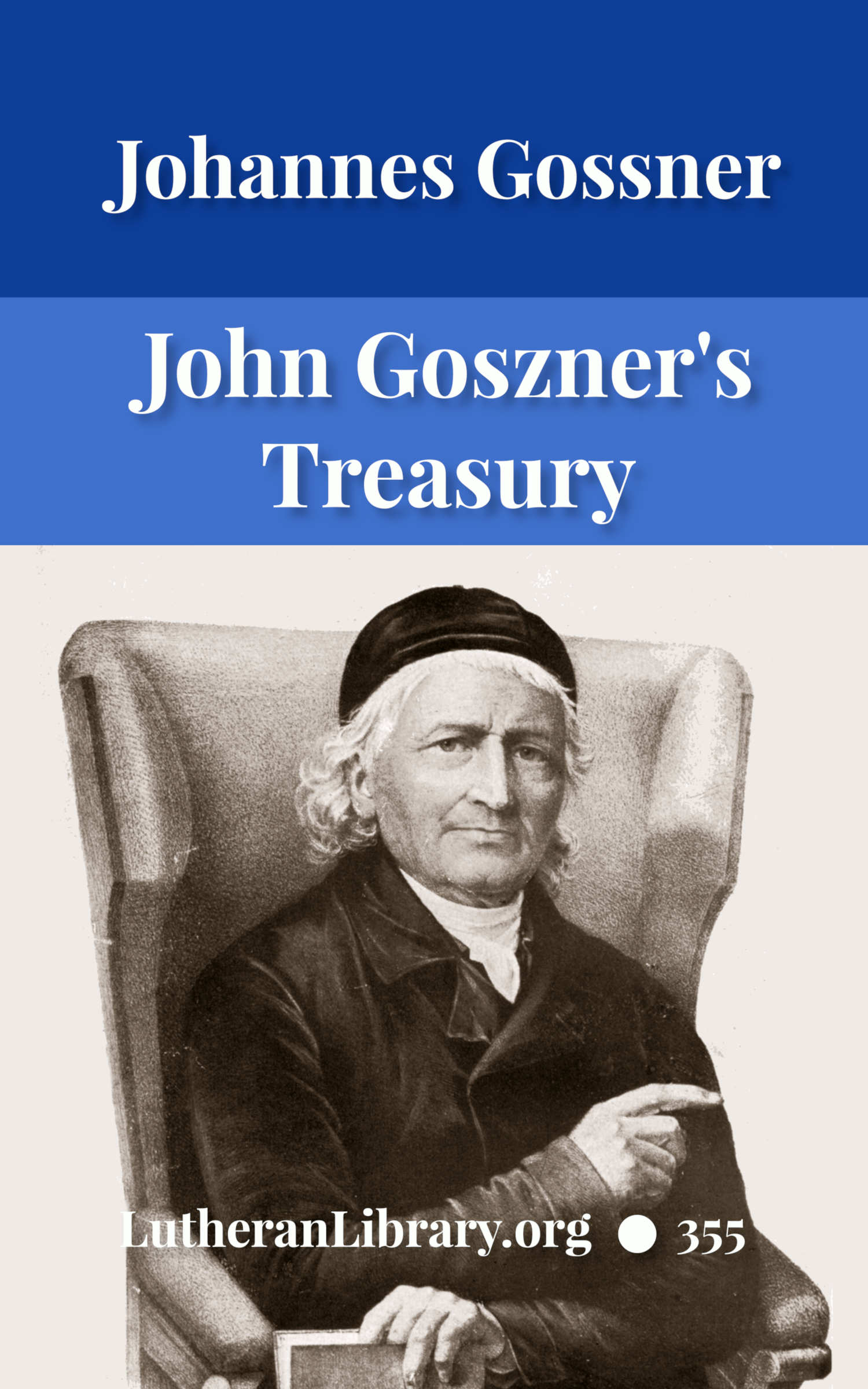 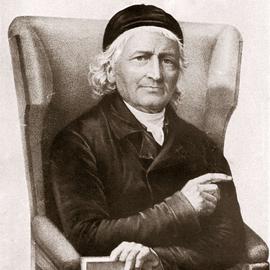 Studied at the University of Dillingen and the seminary at Ingolstadt. His evangelical beliefs caused him to leave the Roman Catholic Church, where he had been a parish priest for 7 years. In 1829 he was appointed pastor at the Bethlehem Church in Berlin, where he served for 17 years, founding schools and asylums.