The Adversary A Study in Satanology by William A. Matson 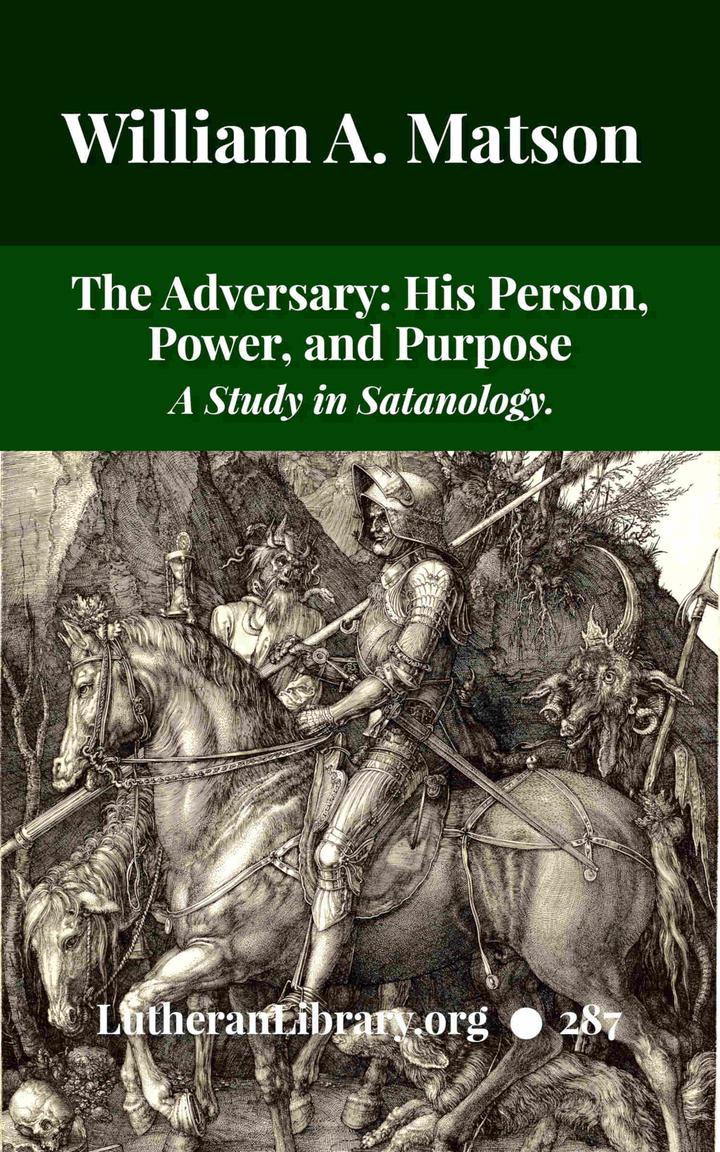 “Skepticism as to the personality of the great Adversary of souls is not confined to unbelievers and rationalists. In sending out a third edition of this work, the writer desires to call the attention of Christians to a doctrine once universally received in the Church, and which is still a protest against the Sadduceeism of our age…

“Hand-in-hand with a denial of the personality of the Devil, there is usually a general skepticism as to the supernatural. Physical laws are regarded as sufficient to account for all phenomena. The Divine interposition in the affairs of men is ignored where not positively denied. And yet, every prayer we offer implies such interposition, overruling, guiding, restraining or blessing. The prayer that does not imply this is not honest. The prayer of faith implies the existence of a world that is not seen and of forces beyond the reach of our philosophy. It implies a personal God, the personality of the angels. It is but reasonable, therefore, to hold that Scripture is not deceiving us when it asserts the personality of fallen angels.” — William A. Matson, D.D. 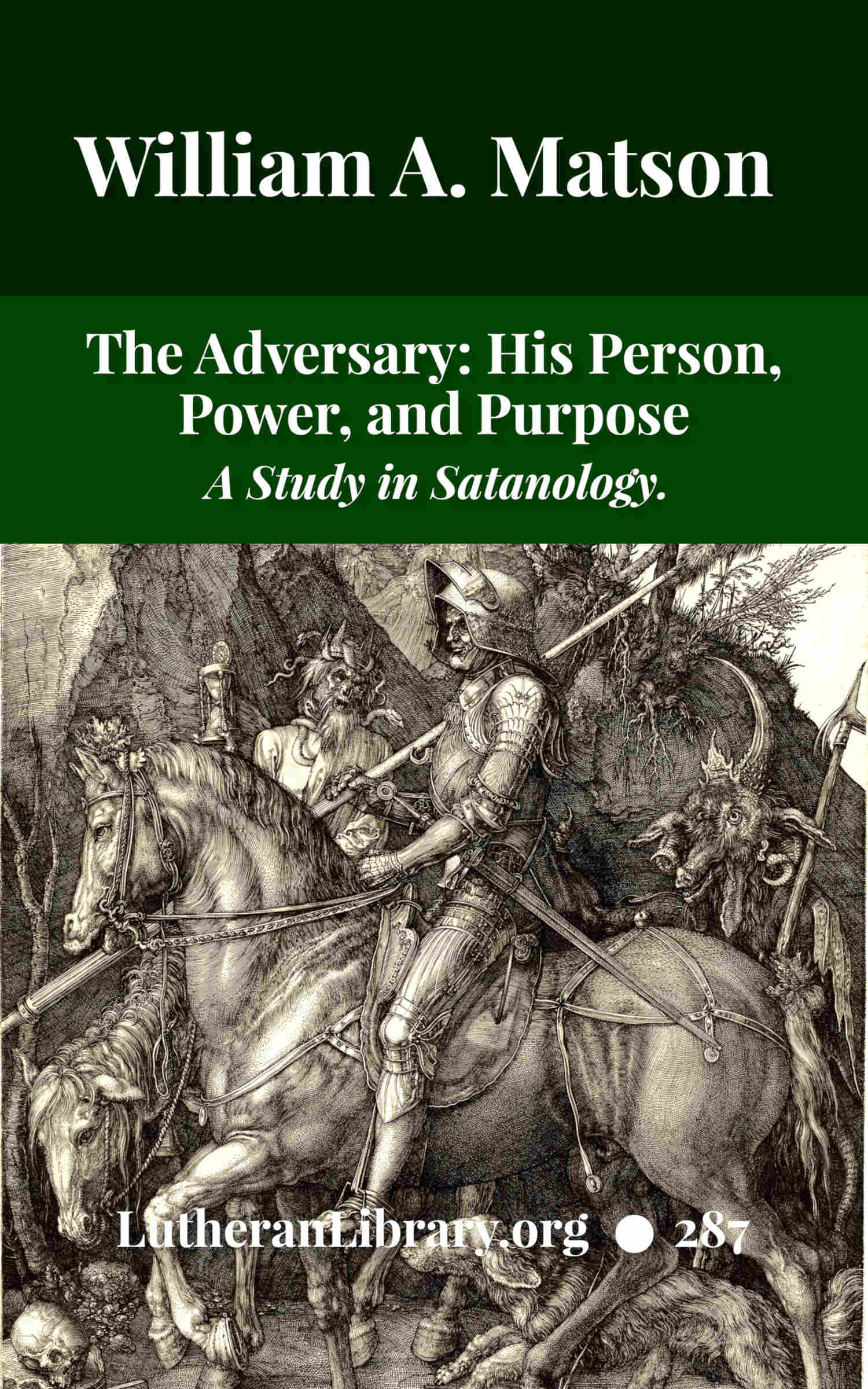