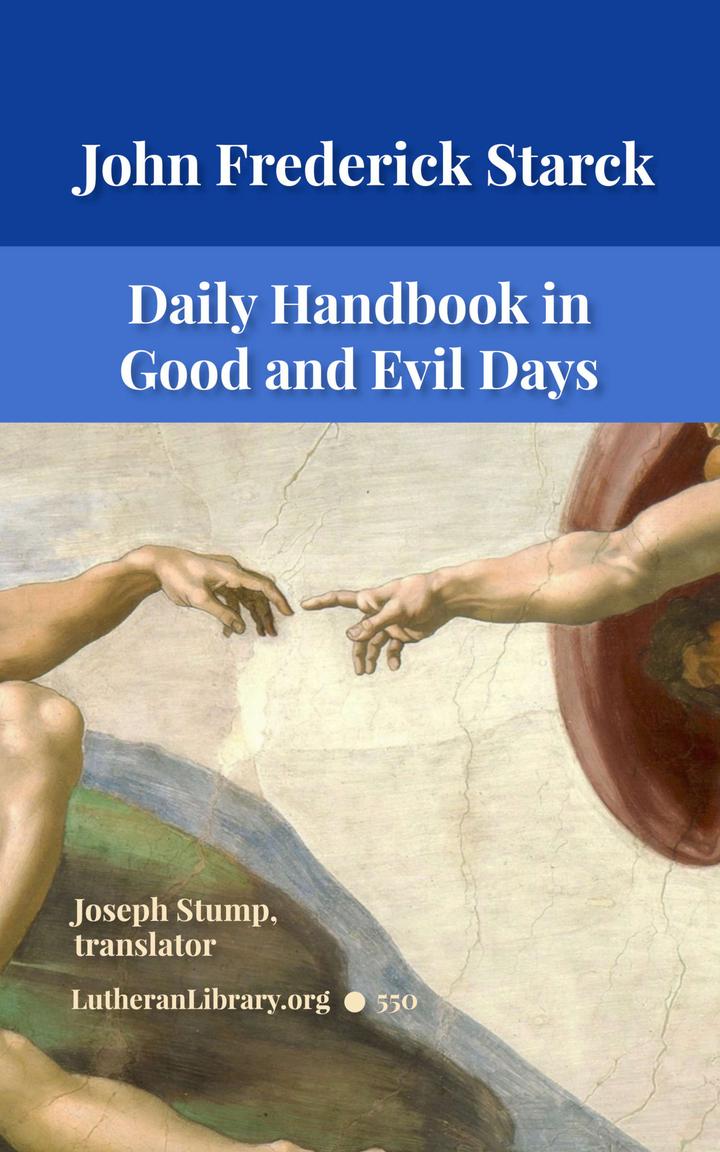 “For nearly [three] hundred years Starck’s Daily Handbook has been a standard book of devotion; and it is not likely to be superseded by anything superior for many years to come. First published in 1728, it was at once received with great favor. As new editions were demanded, the original dimensions of the work were increased by the addition of other prayers, until finally, in the edition of 1776, edited by the son of J. F. Starck, the book appeared in its completed form, containing prayers for almost every conceivable time and emergency.

“The [goal] has been to give the book as smooth an English rendering as if in the first place it had been written in English. While, therefore, it is believed that the sense of the original is always given accurately, the aim has been to secure fluency of style rather than literalness of translation. Much care and time have been devoted to the Scripture verses and the Scriptural phraseology, which form so large a part of Starck’s Handbook, and to which it owes so much of its beauty and value. It was felt imperative, in rendering these portions of the work into English, to use the exact language of the Authorized Version of the English Bible; otherwise most of the beauty and power of the original would necessarily be lost. — Joseph Stump 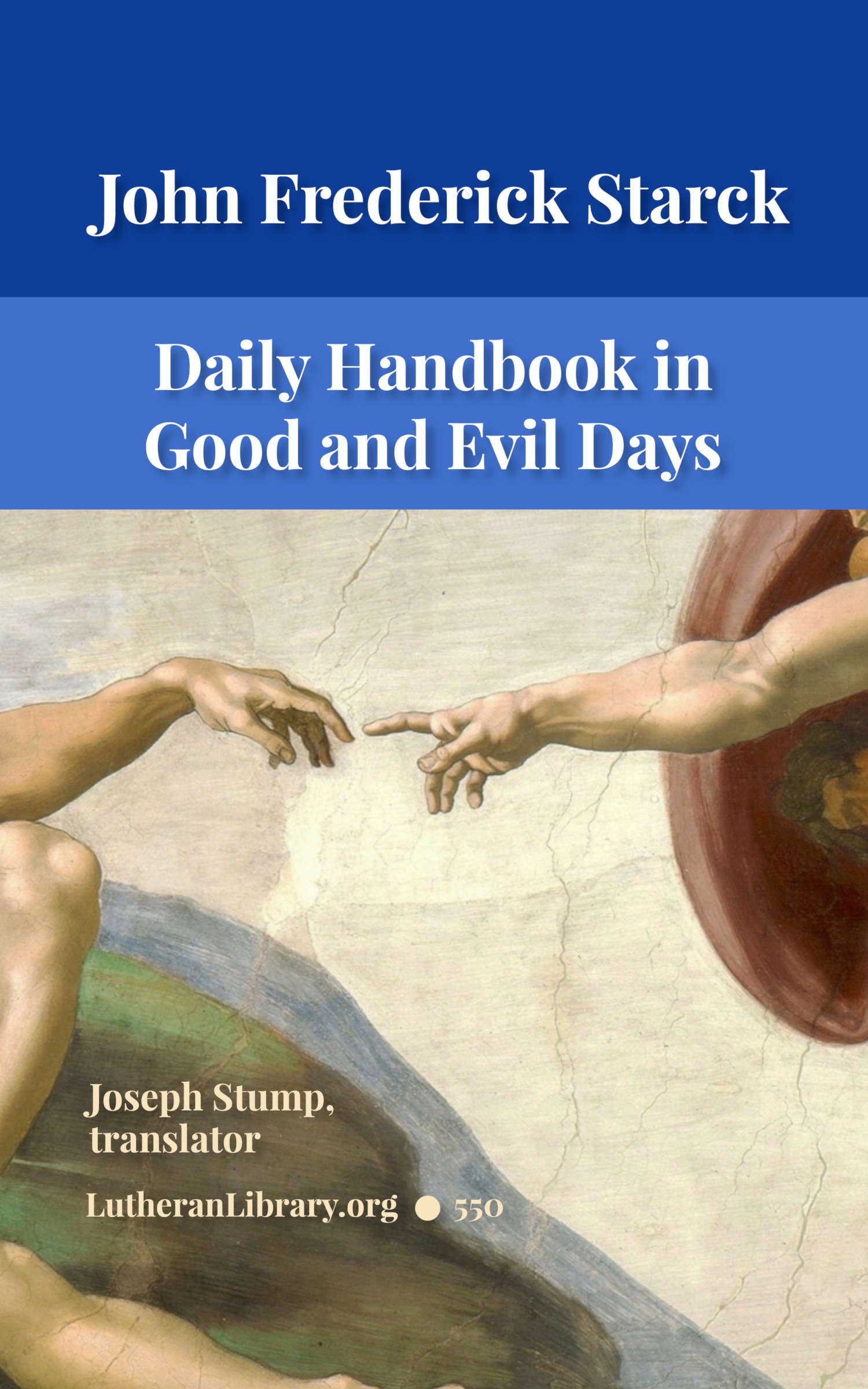