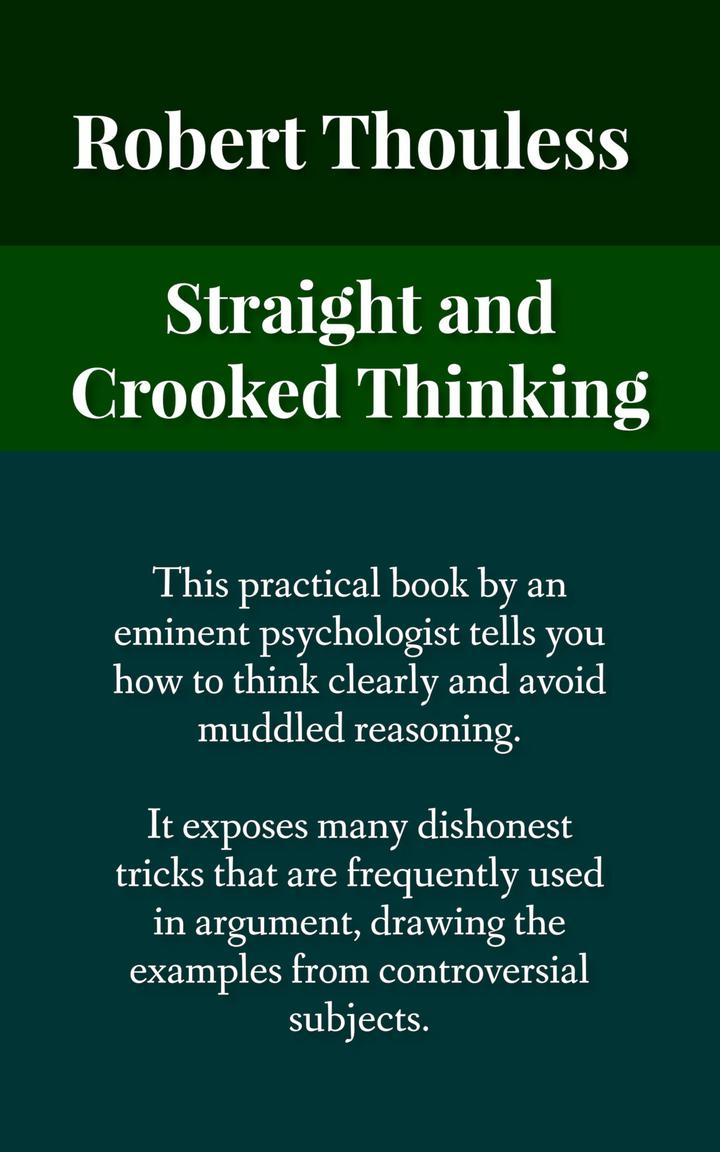 Straight and Crooked Thinking is a practical book for ‘the man in the street’ and everyone who has occasion to discuss controversial topics either in the course of business or merely in talking with friends will benefit from reading it.

The author writes as a psychologist, believing that what usually interferes with correct thinking is the tendency to be dominated by psychological factors. He shows, for instance, how the use of words with emotional meanings can obscure the real facts, and how fallacies in argument can mislead an unwary audience.

He points out how diverse are the meanings attached by different people to such words as democracy, religion, freedom, etc.

After chapters on definition, suggestion, habits of thought and prejudice, etc. he lists 38 dishonest tricks commonly used in argument and the methods of overcoming them, and ends with an imaginary discussion between a businessman, a clergyman, and a professor which he has invented to illustrate the various kinds of crooked thinking. 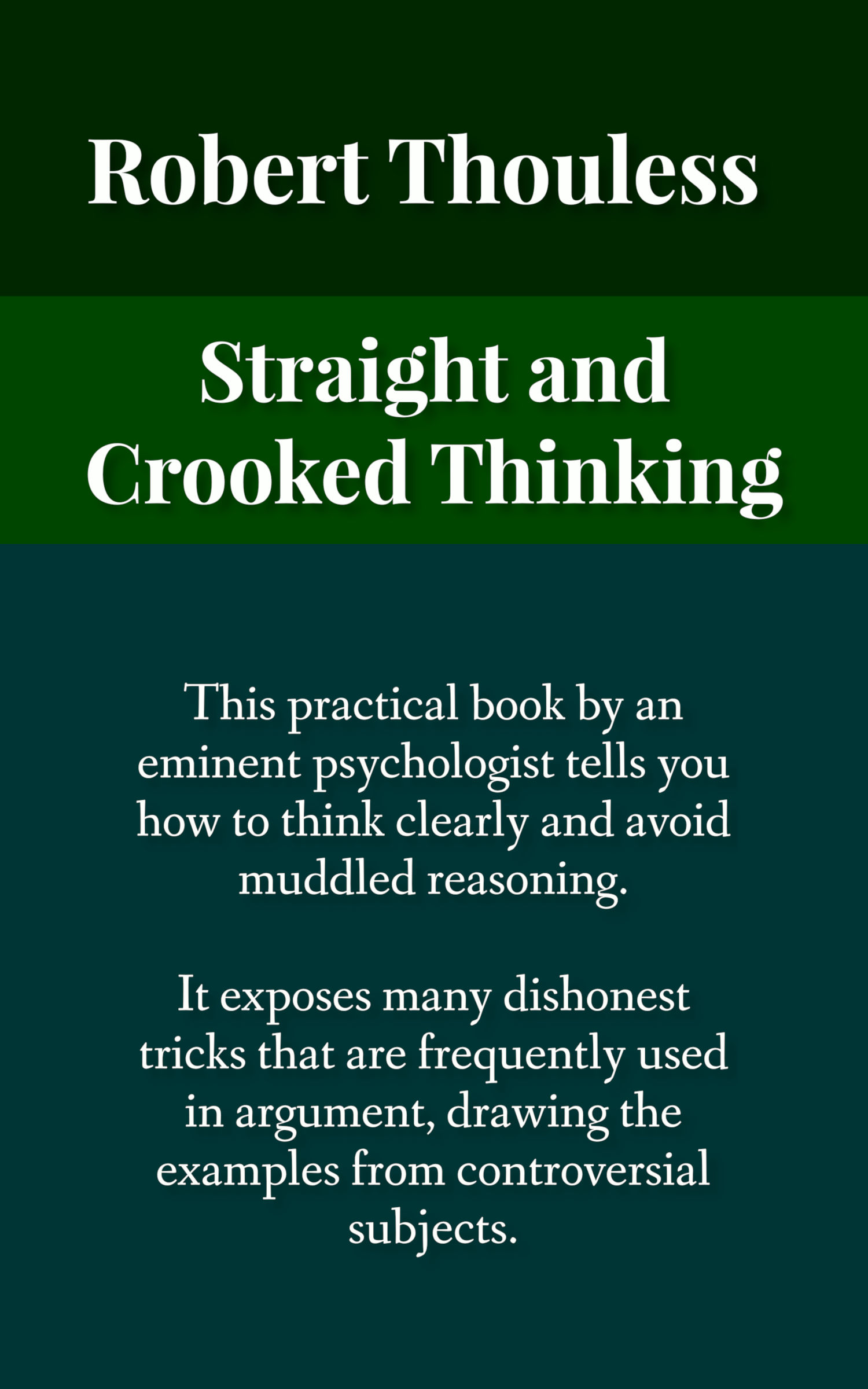